The noise, a persistent scratching, was like a tree branch brushing against a window. Seven months living after the apocalypse had taught me caution. Weathered sword in hand, I pull back the curtain to look out the camper van window. Sure enough, a decaying hand was scraping its nails against the glass, leaving lines in the built-up dust. It was searching for fresh meat to grip.

Zombies, again? Three had shambled up to my rig, all in advanced states of decay. Almost by rote now, I took a deep breath and cautiously exited the side door and proceeded to dispatch each walker with a swift stroke to the head. It’s well known, to kill a zombie, you must destroy the brain.

Ok, obviously I’m not really a zombie-killing badass living in a post-apocalyptic hellscape, but I do enjoy a good zombie story as much as the next geek.

What is the appeal of zombies? Why does the genre persist? Why would I want to draw the reanimated dead? It may be that post-apocalyptic stories touch on something within us all, something primal, peeling away all the complexity of life to one simple need, to survive. Maybe we all see a little of ourselves in zombies, a darker version we keep at bay. Maybe it’s because we simply enjoy being scared and grossed out. My vote is mostly on that last one.

Whatever the reason, the subject matter of depicting the macabre goes back for nearly the entire written history of our species. Let’s be honest, drawing the undead is fun, and I’m certainly not the first illustrator to enjoy rendering reanimated dead.

Over the course of October, I’ll be exploring this theme with a number of drawings depicting zombies, ghosts, ghouls and other decaying monstrosities. Keep checking back as I add more to this post and have a frightfully fun Halloween! 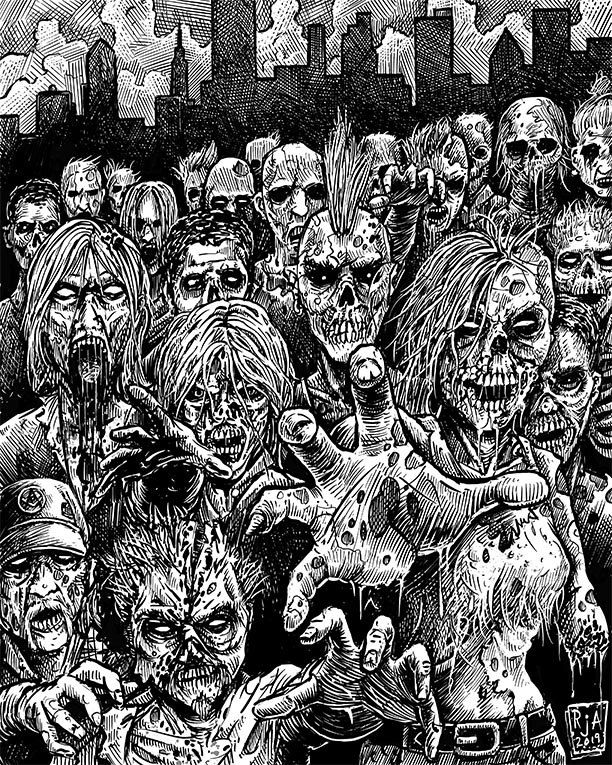 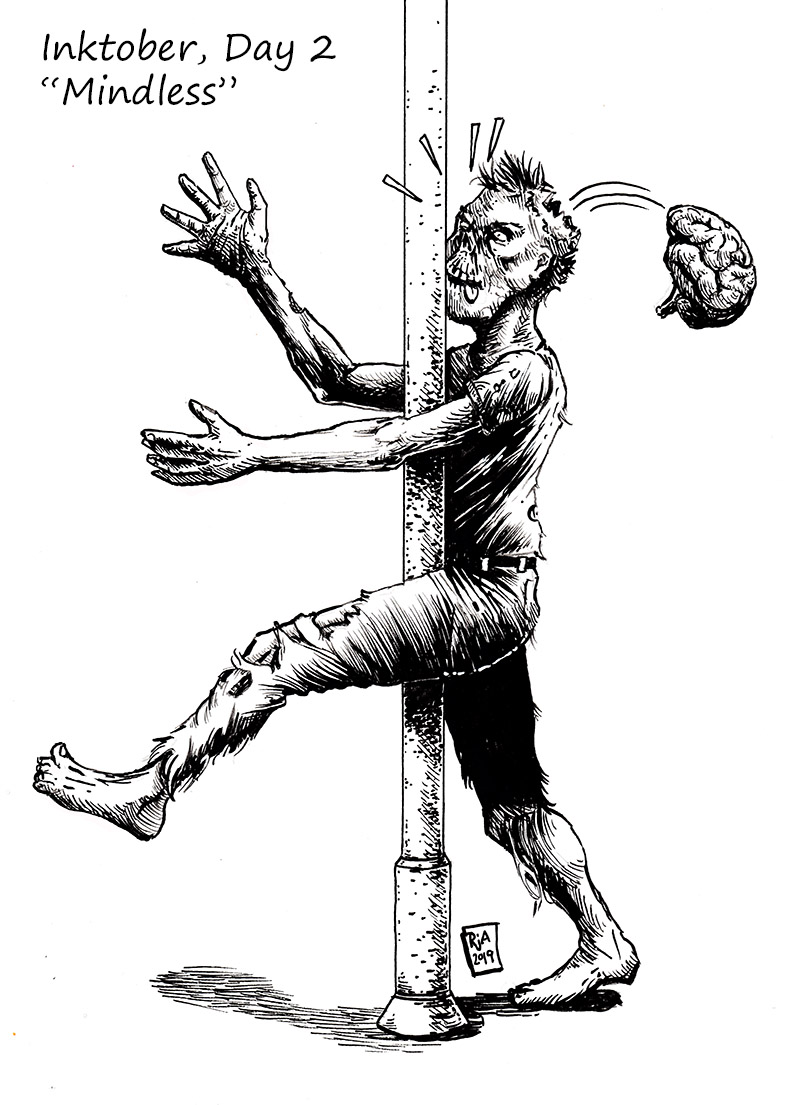 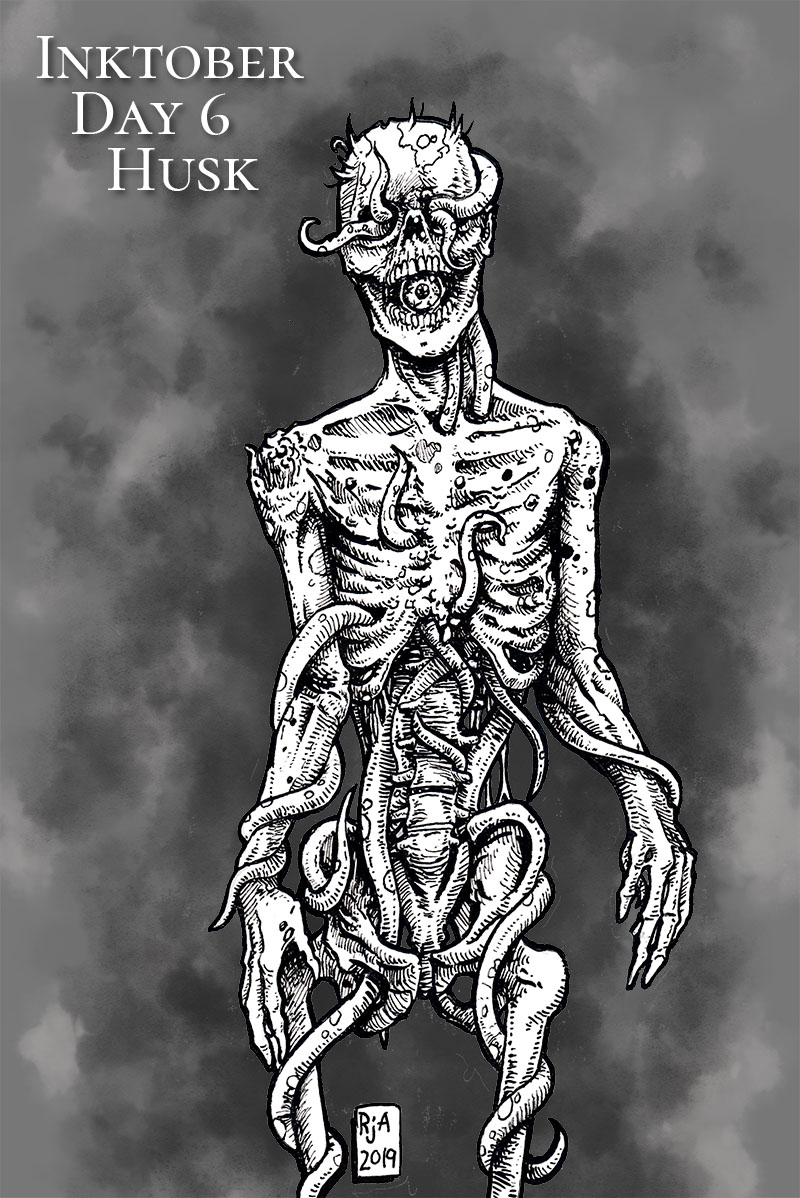 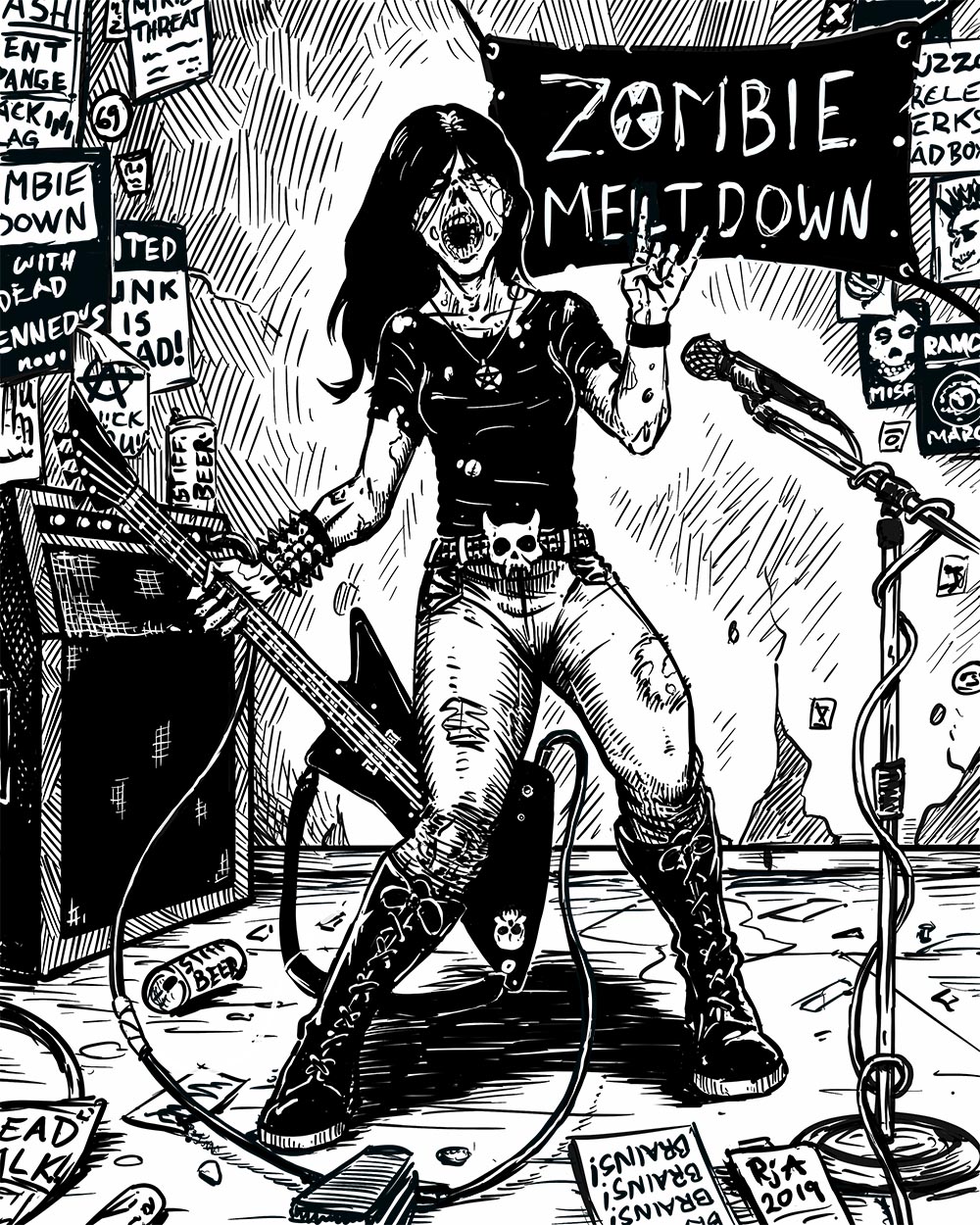 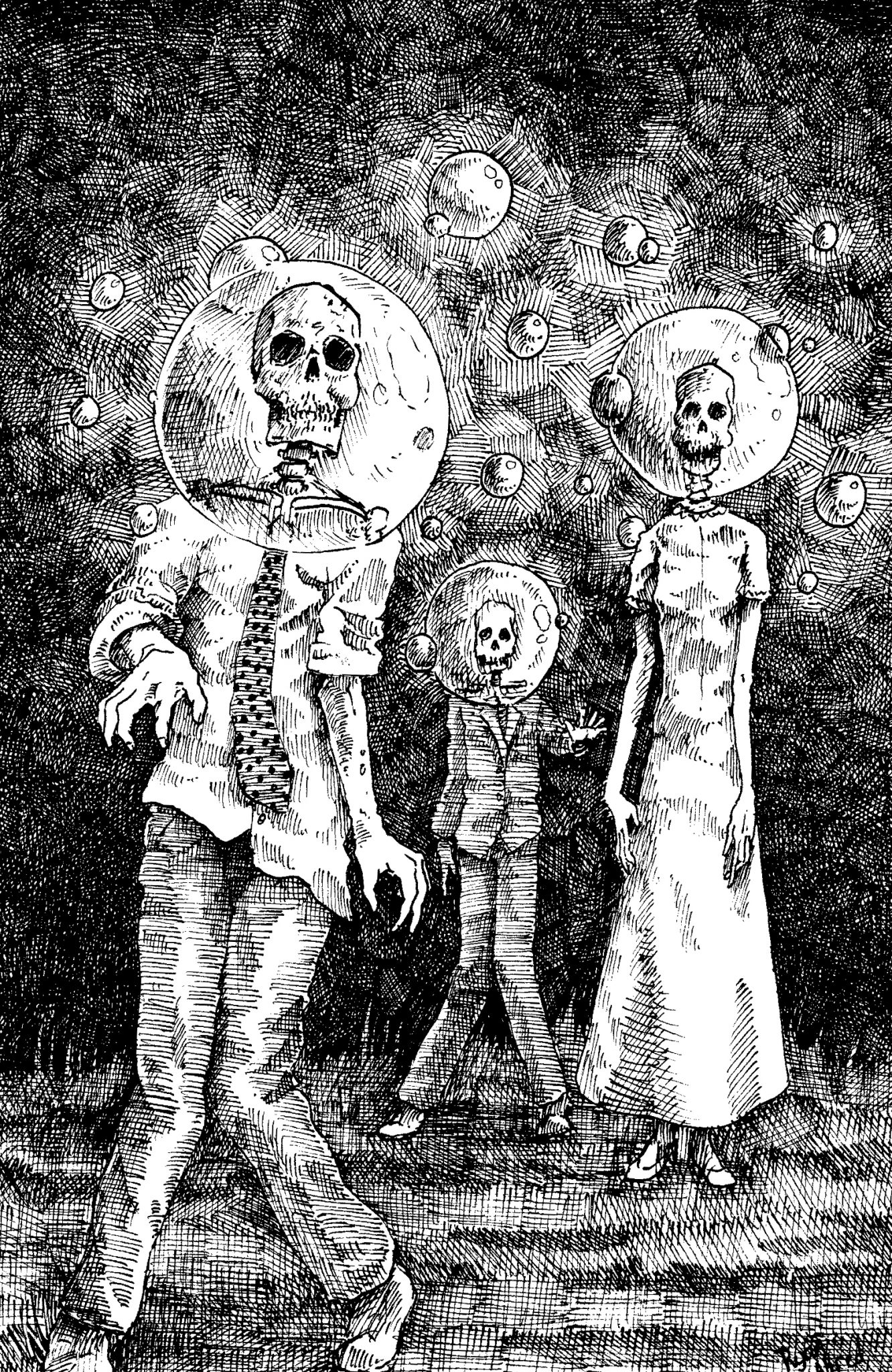 Note: You will need to confirm your subscription by email.

Scroll back to top